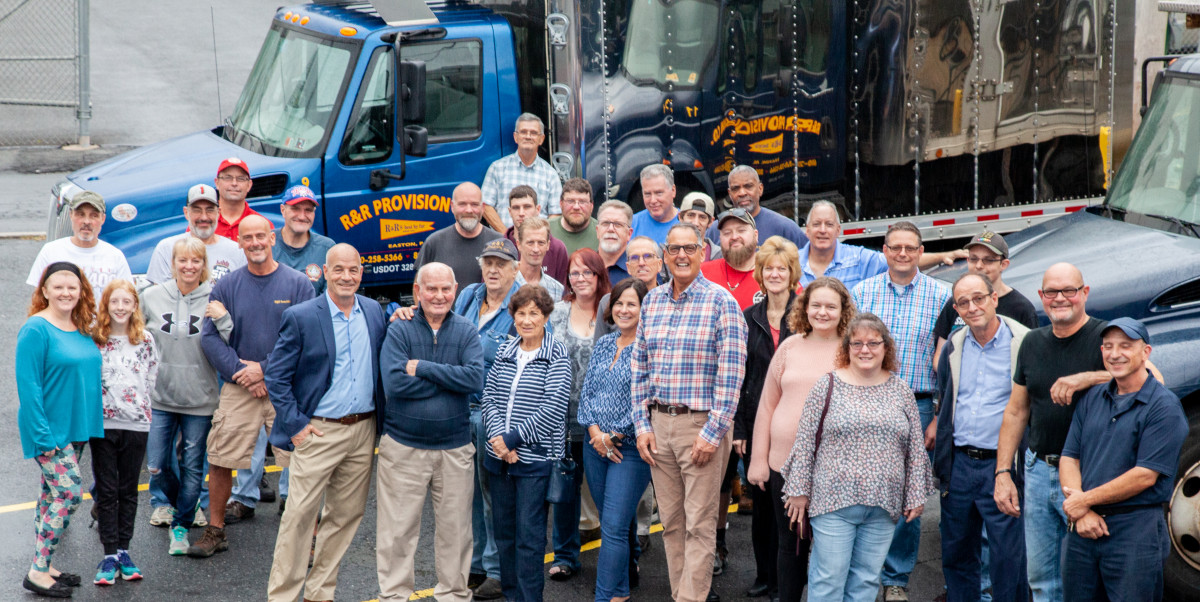 Harry Ludwick was named president and CEO of R&R Provision Co. in 2021, bringing more than 40 years of experience in the meat and food service industries to the role.  Harry previously led the production team at R&R Provision Co. in its day-to-day processing operations.  As a longtime head butcher, Harry is well-respected in his field.  In 1999, he wrote and implemented the company's plan for ensuring food safety as required by the USDA.

Harry graduated from Bethlehem Catholic High school in Pennsylvania. He loves to cook and take vacations with his wife. Harry also enjoys sports and spending time with his kids and grandkids.

Kelly Jo Lebish joined R&R Provision Co. in 2021 as treasurer and controller.  Kelly oversees all administrative functions, leads the accounting department and is responsible for accounts payable and receivable, financial forecasting and the R&R Retail Store.

Prior to joining the company, she served as a paraprofessional for Concannon Miller Certified Public Accountants.  Kelly graduated from Northampton Community College with an Associates Degree in Accounting.  She loves camping with her husband, daughters and dog, as well as watching sports and crafting.

Mark Fainor was named vice president of Operations at R&R Provision Co. in 2021.  Prior to that, he was the company's general manager of operations since 1996, where he was responsible for implementing many changes to improve the company's day-to-day operations. Prior to joining the R&R team, he was a supermarket and foodservice manager for Food Lane for nearly 15 years.

Cathy Rogers Fainor is R&R Provision Co.’s director of strategy and e-commerce, overseeing the company’s online retail brand, ButcherHouse Cuts. Cathy began her career in banking, working for seven years on commercial lending and trusts, before joining R&R as chief financial officer. Later, she devoted 20 years to raising her four children before returning to R&R in her new role.

Cathy earned a bachelor’s degree in finance from Pennsylvania State University and a master’s degree in business administration from Moravian College in Bethlehem, Pennsylvania. She has served as a board member for the Baum School of Art and a volunteer for Salisbury School District and the Reading Rocks elementary program in Allentown School District. Cathy loves to exercise, ride her bike and practice yoga. She also enjoys exploring healthy cooking, photography and other creative outlets.