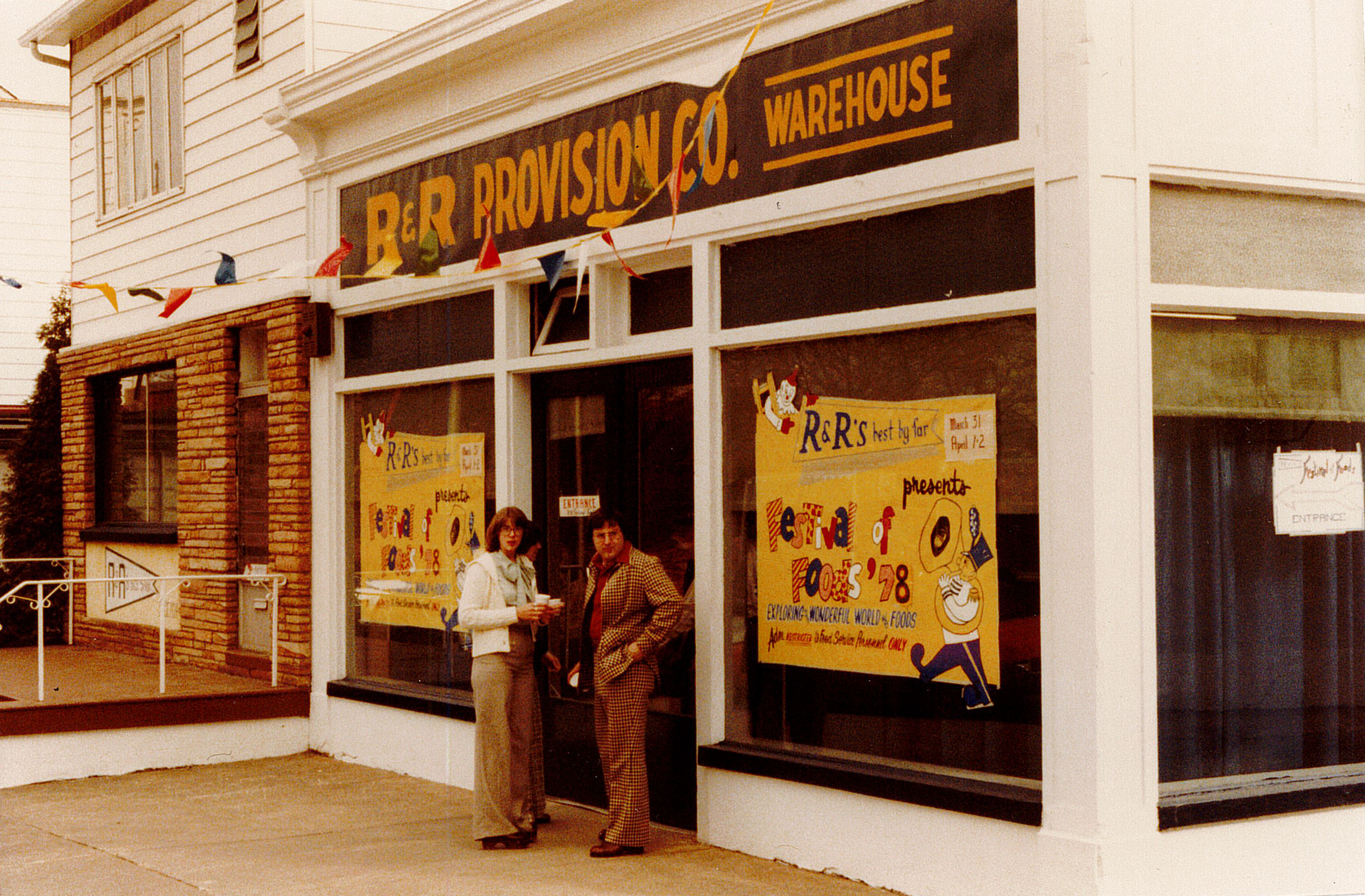 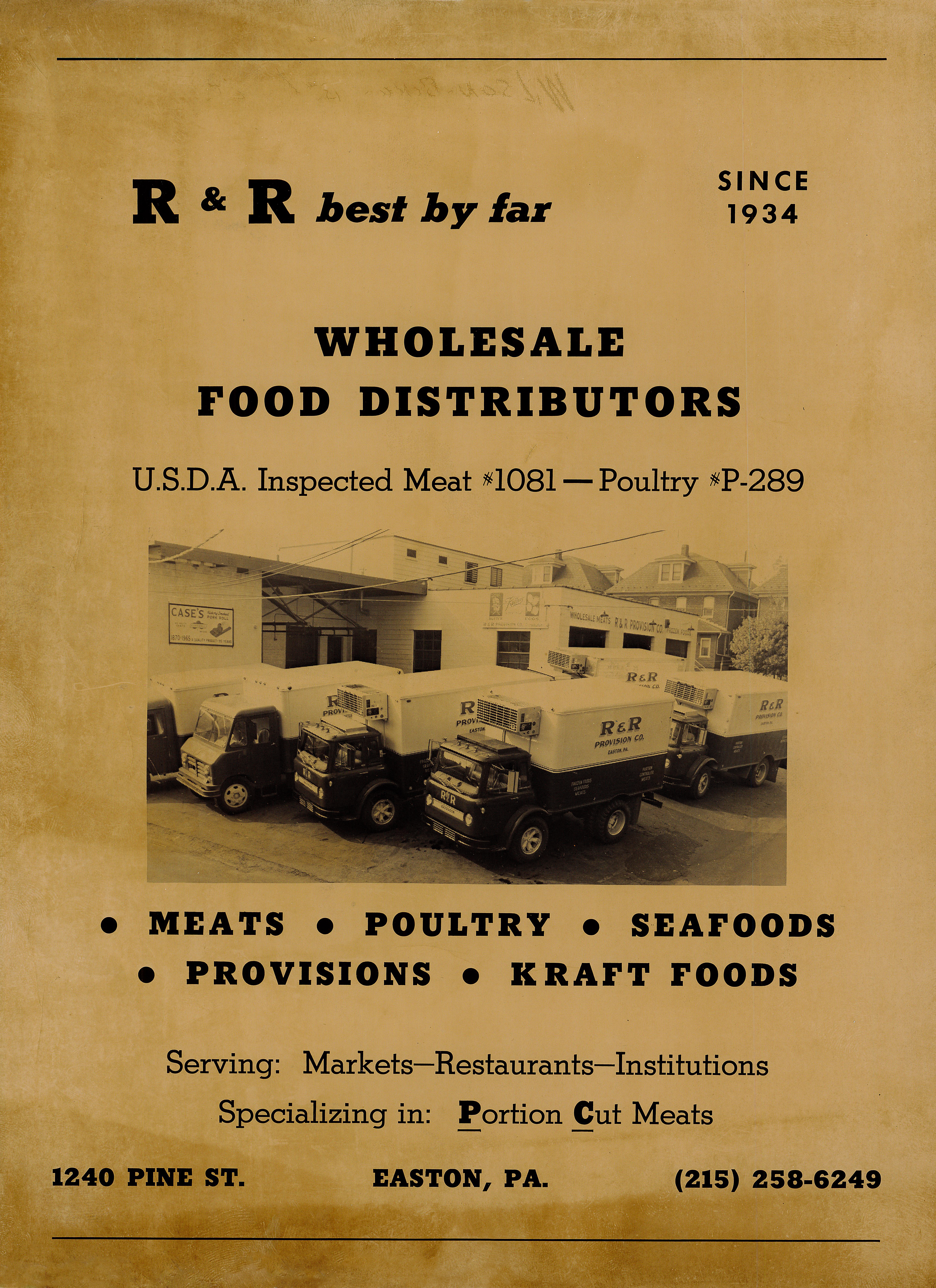 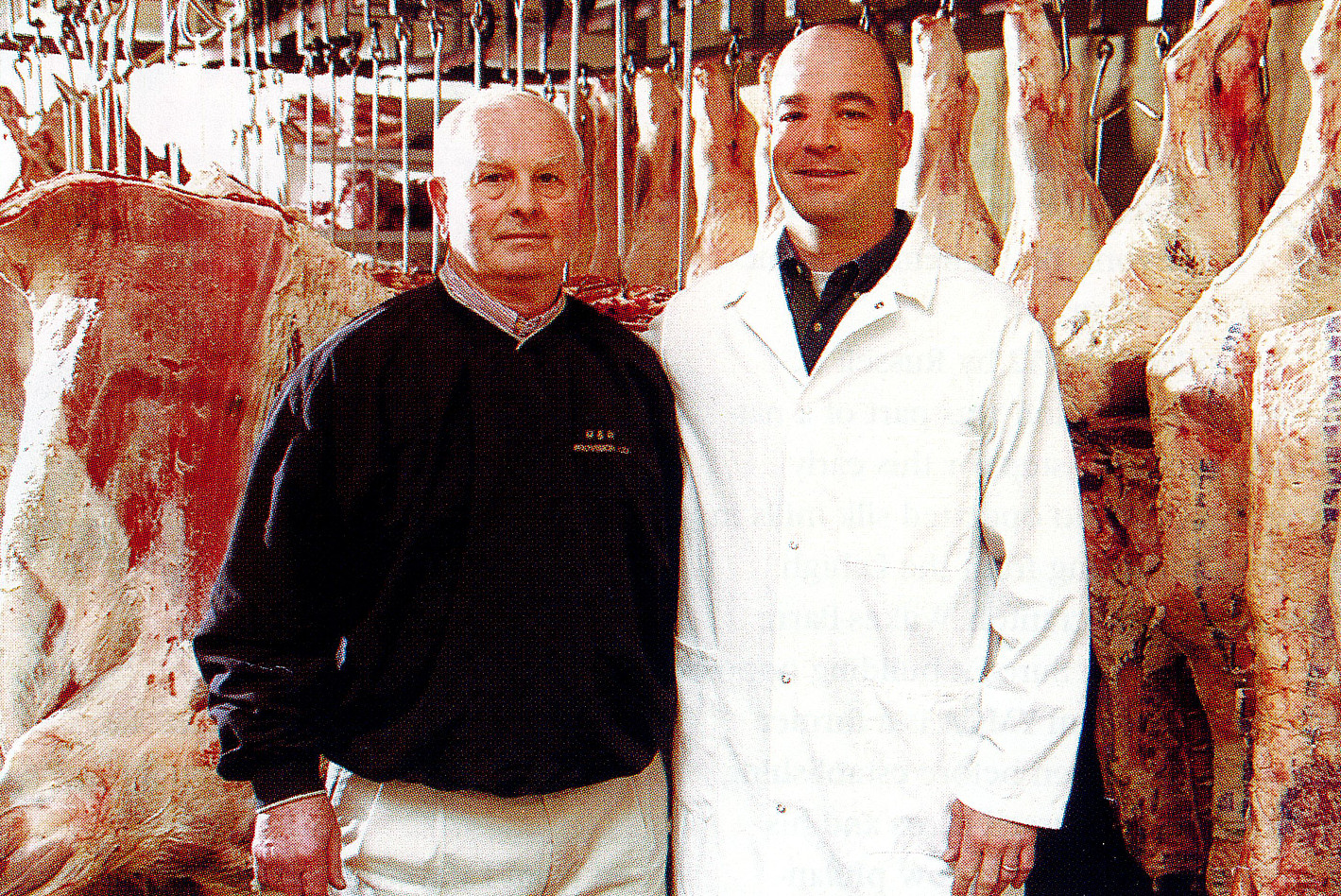 1934
R&R Provision Co. was founded by two men, Ralph and Russ, who lent their first initials to their new company’s name. With a truck and $100, they began delivering specialty food products around Northeast Pennsylvania for cash or barter.

1955
The USDA issues R&R the number 1081, forever distinguishing the company as among the first in the country to sell USDA-graded beef.

1955
Building on early accomplishments, R&R opens a meat-processing plant in Easton, Pennsylvania, and adds manufacturing to their successful distribution business.

1965
R&R expands its freezer facilities to meet demand as the company continues to grow. The slogan “R&R, best by far” is adopted, to which customers add, “if not by truck, then by car” in recognition of the company’s outstanding delivery service.

1974
Adding to its wholesale business, R&R opens an on-site retail store in Easton, selling local favorites like veal patties, sausage and scrapple, a regionally beloved take on meatloaf popularized by the Pennsylvania Dutch.

1980s
Rocky buys out some of the company’s early owners, and R&R expands its product offerings even further to better serve hundreds of the region’s top restaurants, country clubs, culinary arts schools, hospitals and more.

1993
Rocky Rogers buys the remaining piece of the company, now owning 100% of the booming family business. The company purchases a fleet of stainless-steel-body trucks, the gold-standard in the meat-delivery business.

2019
The company celebrates its 85th Anniversary and launches its online shop Butcher House Cuts. The leadership reigns are passed to a third generation with Rick named President & CEO. 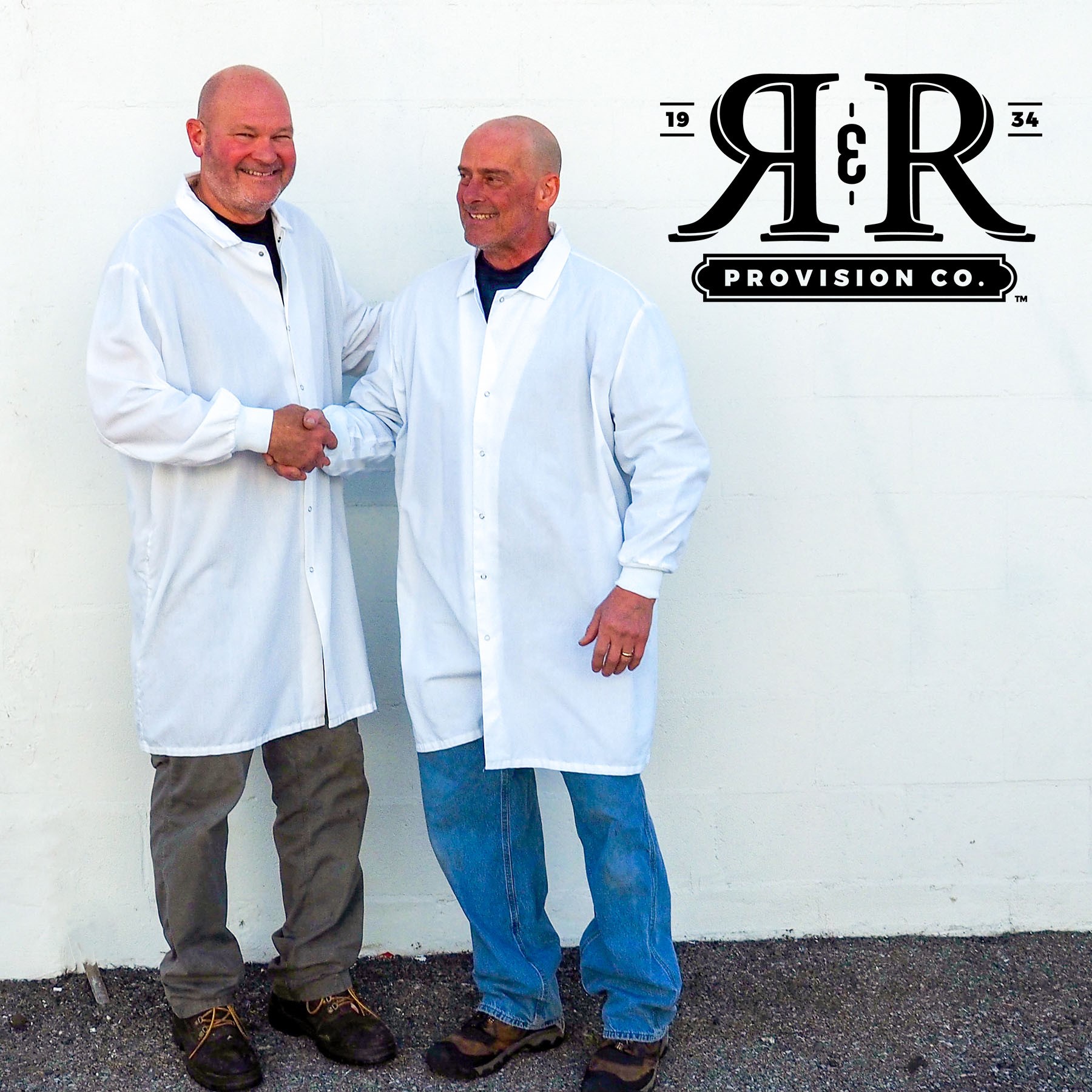 All this history adds up to your very best place to buy steaks, scrapple and quality meats online. All our steaks and chops are hand cut and our scrapple is house made. Now conveniently open 24 hours a day from your phone, tablet or PC.